Become a Member All Rates Banks operate for profit. Profits made by credit unions are returned back to members in the form of reduced fees, higher savings rates and lower loan rates. Banks are lead by members of the board that are paid for their services. Credit unions are lead by volunteer board members. 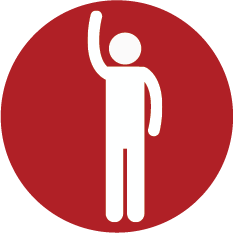 In the1800’s Friedrich Wilhelm Raiffeisen fathered the credit union idea to help impoverished farmers in western Germany who were ruined by drought and indebted to unscrupulous moneylenders.

The idea behind the credit union movement was simple: people could achieve a better standard of living by pooling their money and making loans to neighbors and co-workers. People helping people.

During the 1920s, the U.S. credit union movement became increasingly popular. Families had more money to save and could afford products like automobiles and washing machines. They, however, needed a source of inexpensive credit to purchase these goods. The popularity of credit unions grew because commercial banks and savings institutions generally showed limited interested in offering such consumer loans.

In 2009, in the aftermath of the great recession, credit unions continued to lend to members while banks tightened their underwriting.